Once again I found a funny little man. Its a talent I must admit that few have but I certainly have been “blessed”. Doesn’t matter where in the world I am or mostly what I’m doing, I will attract these oddballs – usually very sweet, sometimes helpful but always stuck to me like glue. More on that in a bit….

We arrived at our hotel after a long bus ride and almost immediately headed back out (woe to my increasingly flat bottom!) to take in the evening sound and light show at the temple grounds. I really enjoyed it – part history, part dramatization with lots of beautiful lights to show the temples within the context of the narrative. Lots of mosquitoes too but as usual I’m still immune – which doesn’t make me popular with the rest of the group.

The next morning we met up with our guide, an absolutely lovely, dapper gentleman who has been guiding at the temples for 45 years. I probably didn’t give him his due. For a visual person like myself, Khajuraho is overwhelming and I found myself constantly tuning everything out to concentrate on the carvings. I definitely need to come back; choosing photographs for today was a major chore! 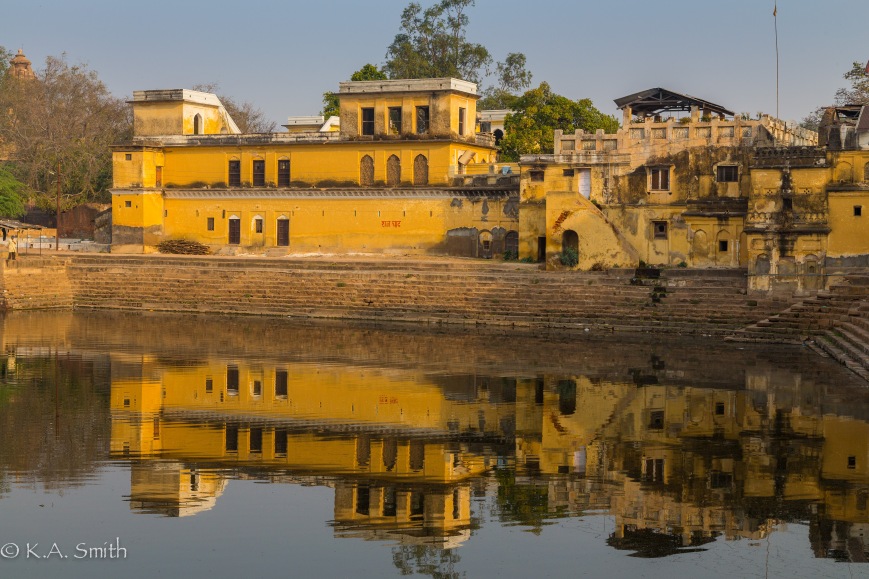 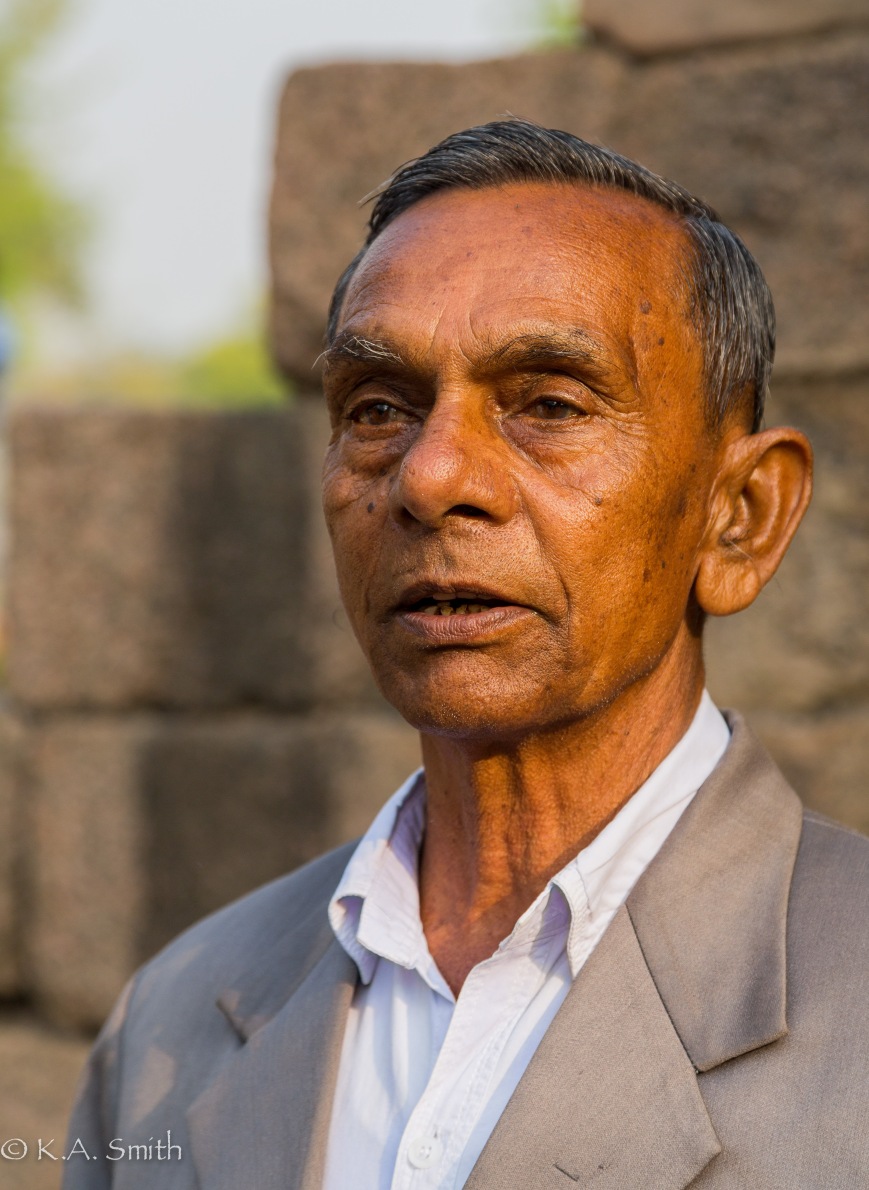 Khajuraho is everything people say about it – and more. For the better part of 600 years, the Chandela Empire flourished and built temples; there are believed to have been 85 but only approximately 24 remain. They are the apotheosis of temple art and carvings. There is such sheer exuberance, sensuality, humour and yes – eroticism that you could spend weeks gazing at the various tableau. 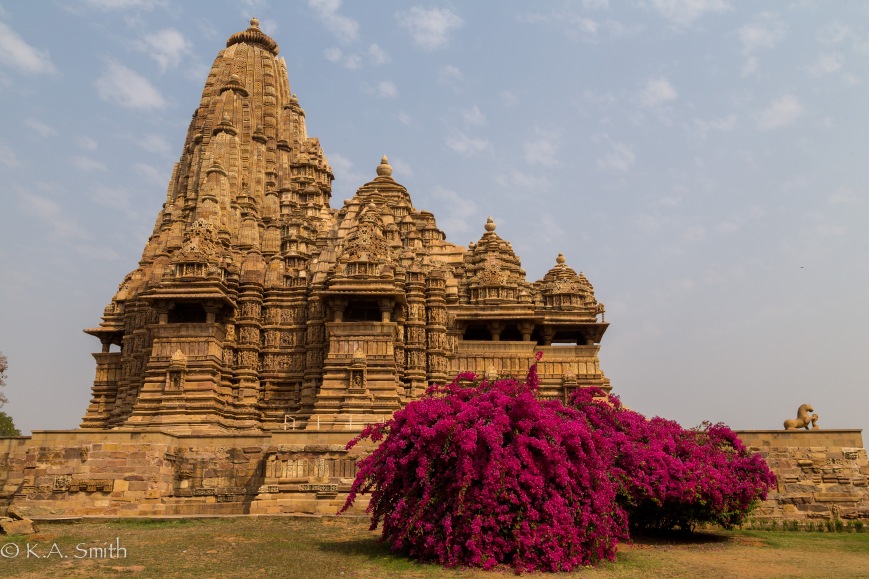 The prescribed method for viewing or back in the day, praying at the temple is to circumnavigate each platform – clockwise, always clockwise – absorbing the lessons and the progress of humanity as described in the carvings, and then ascend to the temple with an open heart to make offerings to the Gods. 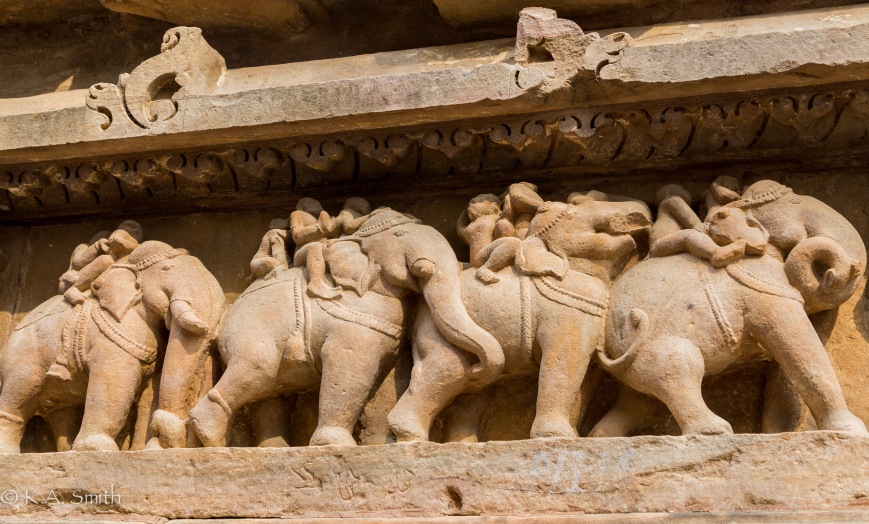 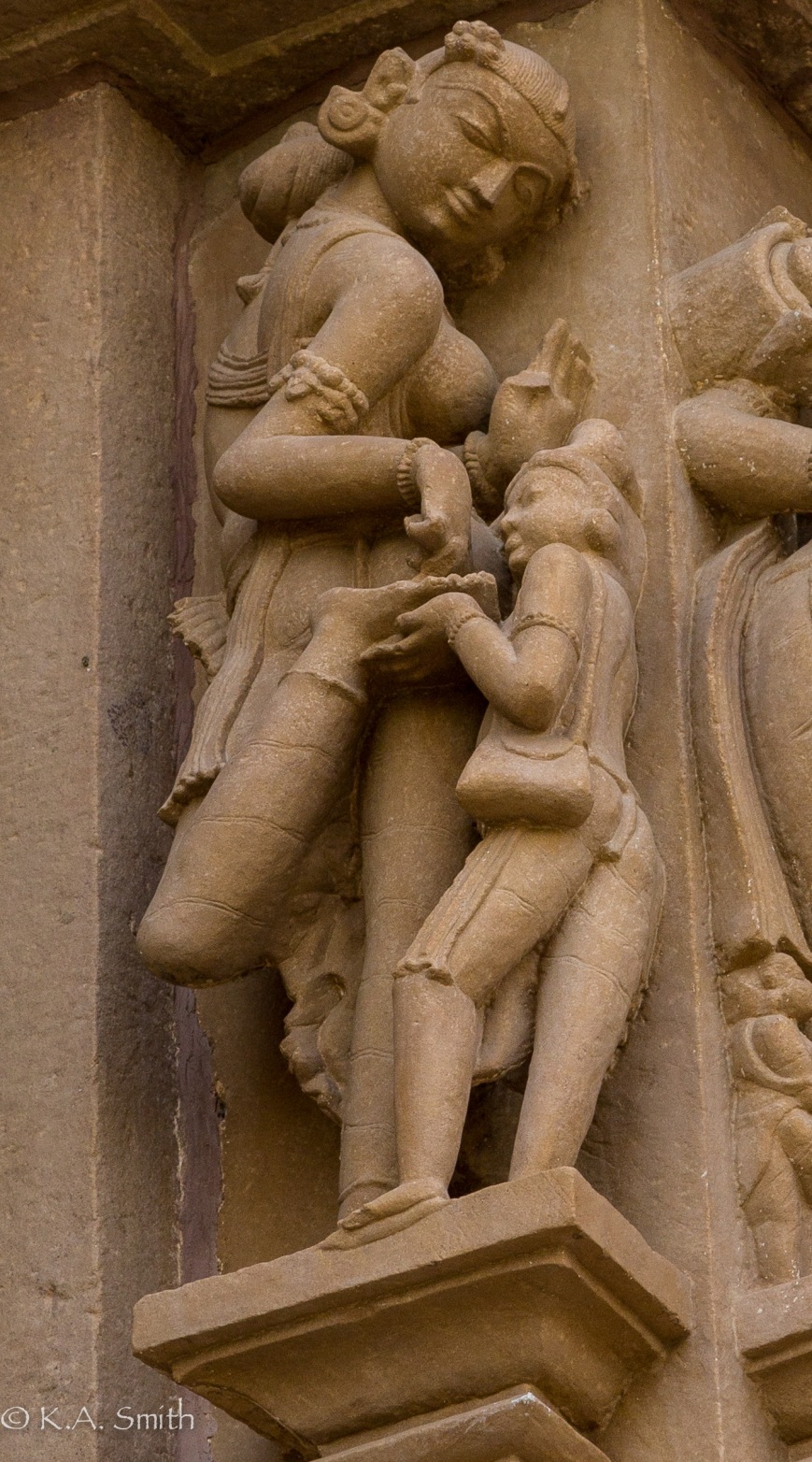 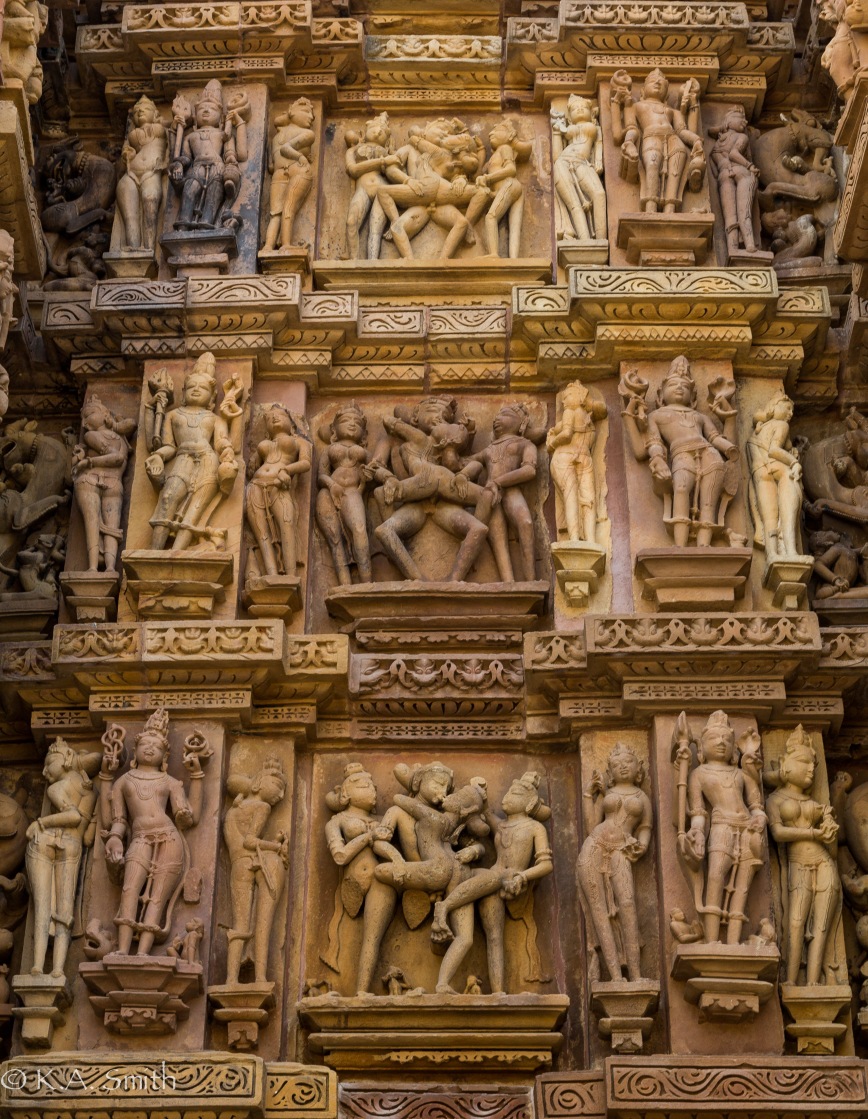 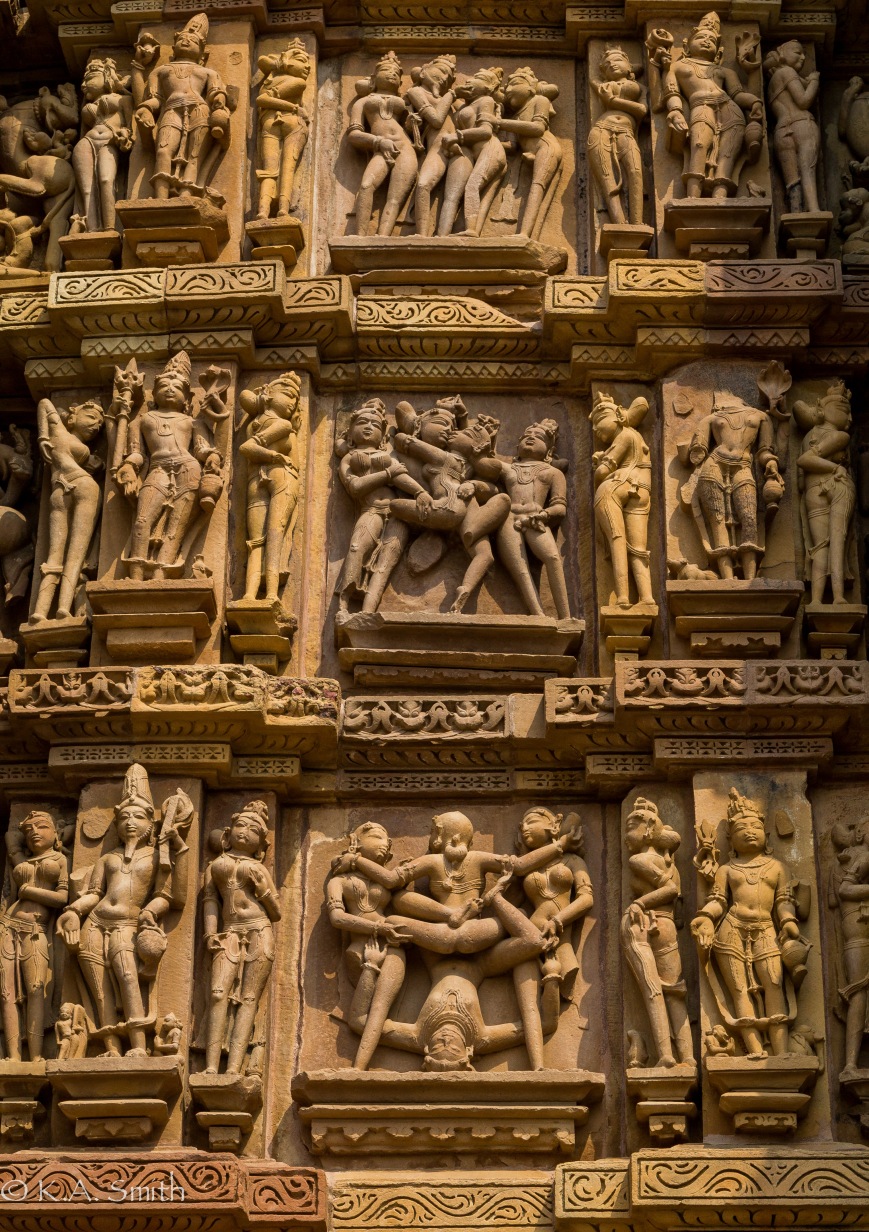 So, having managed to completely lose the rest of my group – they are very patient with me – I sat down in the shade of a bodhi tree to just absorb. I can completely zone out when in sensory overload. I gradually became aware of this tiny little man cozied up beside me and seeing that I’d rejoined the world, he gently took my hand.

“I am Brahmin priest!” he said.

I’m thinking, “Ok, he’s got the right regalia, he might weigh 40 k. soaking wet, I can take him if need be and I’m surrounded by people – so no harm, no foul.”

We spent the next hour talking – a fair bit of nonsense, but he eventually took me around, showed me some of the more obscure, less easily seen and considerably more salacious carvings, and presented me with flowers he just harvested in passing from the gardens. 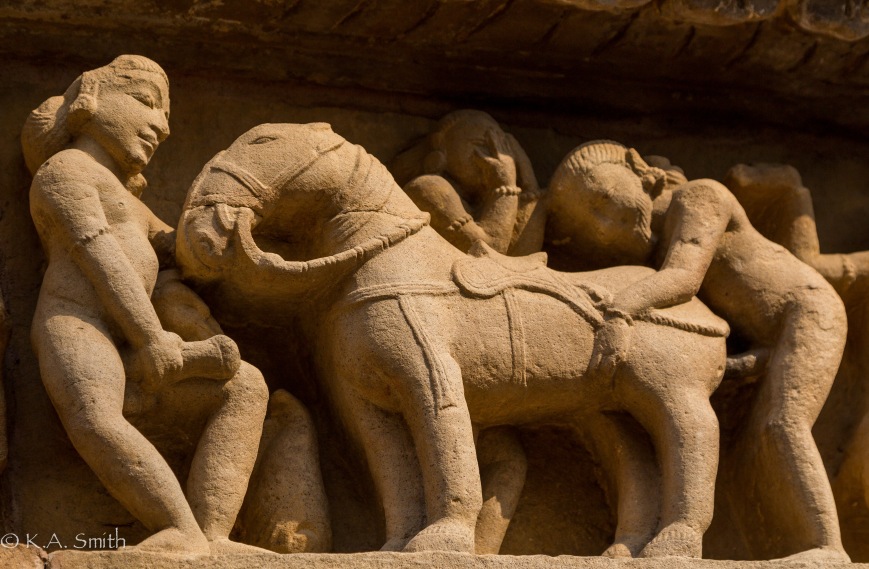 He never let go of my hand, giggled like a teenage boy and was probably 90 years old! Not more than 5 feet tall, sunken chest and perfectly round little pot-belly with a smile of incandescent joy. BUT he wouldn’t let me make a portrait…..