I arrived yesterday afternoon to a warm, hug filled welcome from Salim, Ramsingh and the rest of the staff at the Ranthambhore Bagh. Then my afternoon drive brought a visit from Arrowhead – she snuck up right behind us as we were – unsuccessfully- trying to photograph some bee catchers – busy little things! Salim tapped me on my shoulder and quietly said, “look behind you” and not 10 feet away was the most gorgeous sight! 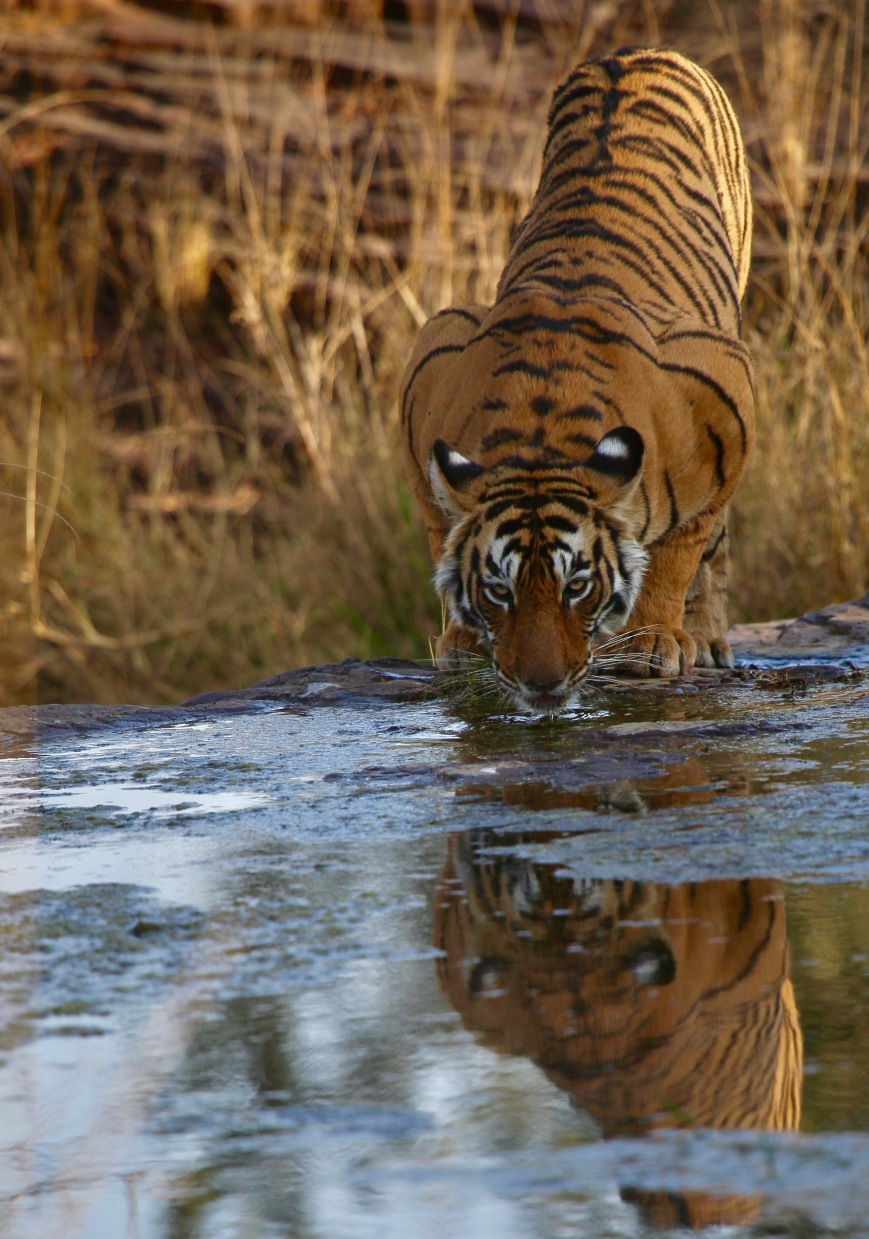 We followed her for about half an hour – I’m quite sure it was just my grateful imagination but she seemed to be putting on a show for me! 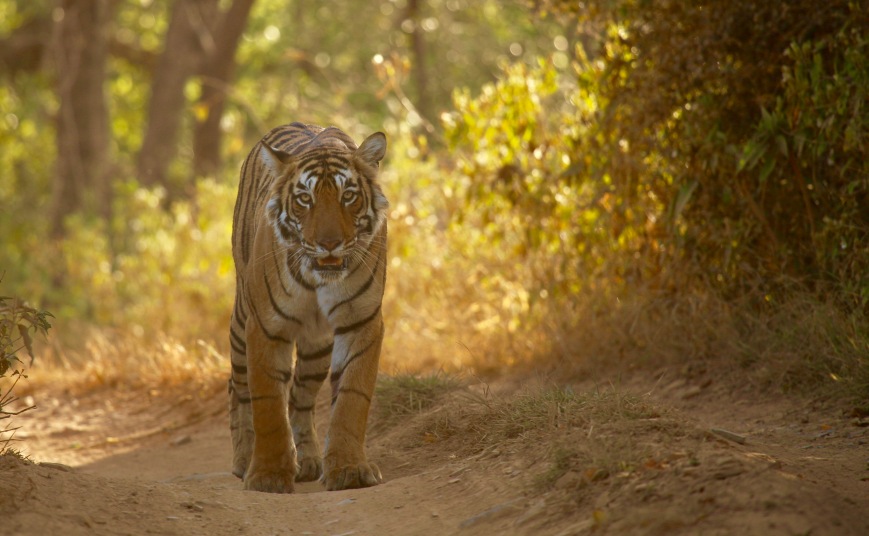 Then this mornings drive introduced us all to a new male T91, who has just moved into Arrowhead”s territory as she is likely in season. Again we had a lengthy time to admire him and listen to his rather masterful calls – he wants her to come to him of course! 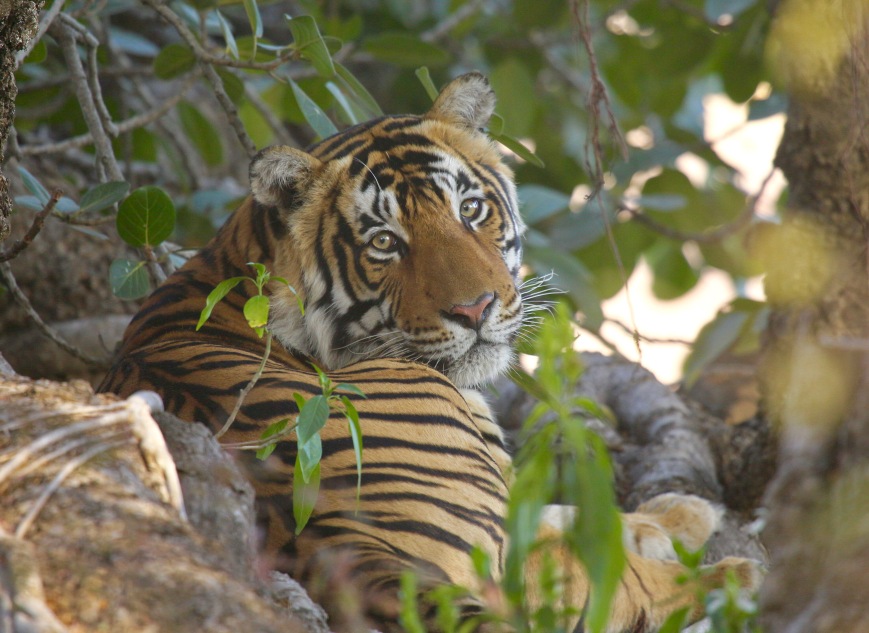 I was also privileged to be there when Salim and one of the other senior guides gave him his name – besides T91. He has an “M” on his forehead so they have dubbed him “Mirza Raja”! Based on a Muslim honourific, meaning “Child of a Prince”. 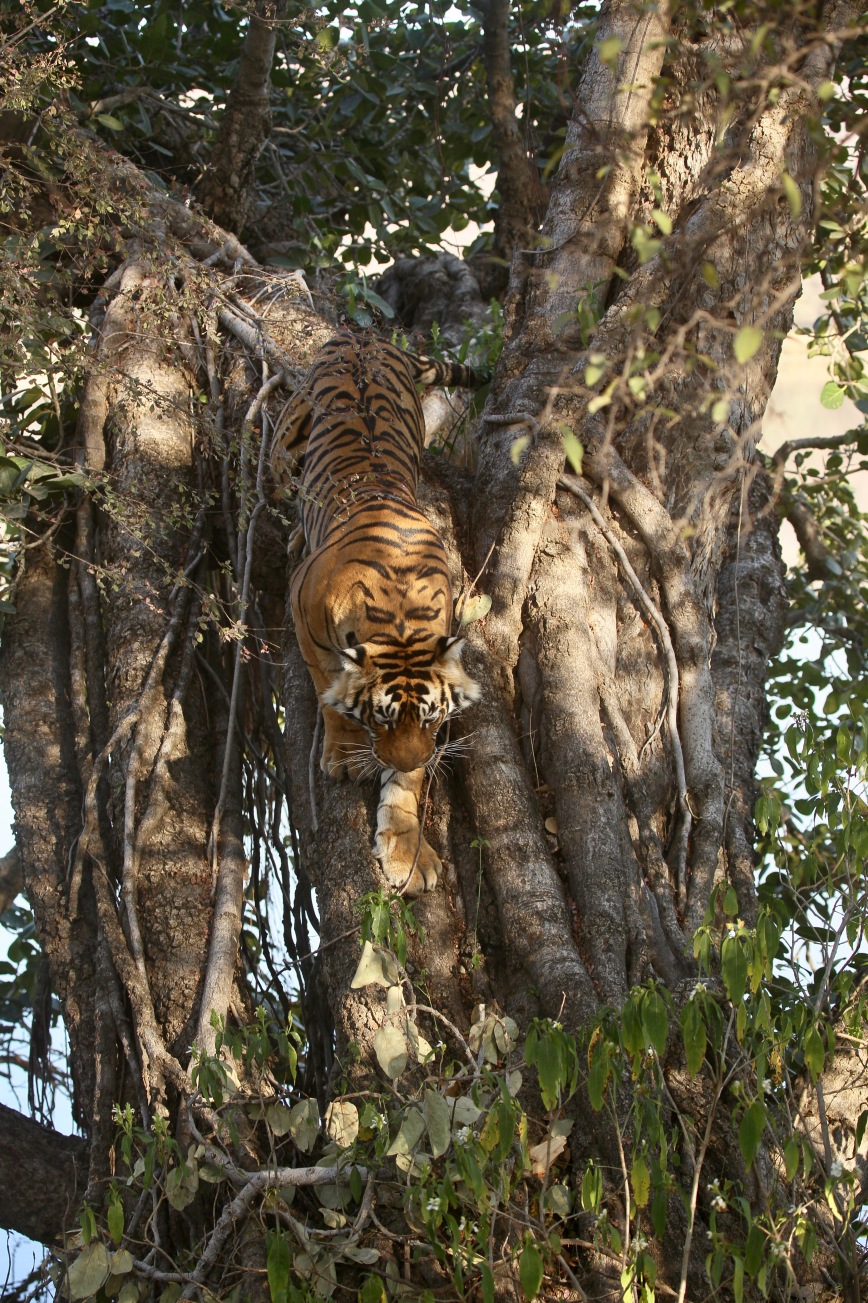 He leaped up into this Banyon tree like the superb athlete he is but crept down like an old man – it must have taken him five minutes to place each paw just so and still kind of slithered the last couple of feet. Then of course in typical cat fashion, flipped his tail and meandered off as if to say, “I meant to do that!”

Leave a Reply to Smith The Traveller Cancel reply