OK, so I kinda screwed up here – brought my cameras and I’ve done some good work I think BUT somehow I left the oh so necessary connection for the iPad behind! Which means the only photos I can post at the moment are those taken with my phone and I didn’t realize the lack of connection when at the Pyramids – I’ll add them later I promise!

Unfortunately we had the most irritating guide at Giza – first we had to “wait” in a tacky glass shop, then he hauled us past the three major pyramids spouting all sorts of useless and completely inaccurate drivel and insisting we do those stupid photo ops where you are holding the tip of the pyramid. Needless to say we weren’t quite the cooperative tourist sheep he expected. Disappointing but between all of us we had a more comprehensive grasp of both the history and the engineering to spread around the group.

Regardless, they truly are awe inspiring and if a modern woman can find them so, I can only imagine the impact they’d have had 5000 years ago rising out of the desert, clad in gleaming white. No wonder their creators were considered divine!

Saqqara was much more fulfilling in a way – the museum there is fabulous with a small but very carefully curated selection, beautifully lit and displayed. Upon visiting the adjacent noble’s tombs we attached a funny little man who took us around and pointed out all sorts of interesting bits on the very remarkable friezes. They are very fine, recording the rhythm of daily life, medical procedures (some graphic and gruesome) and very poignant. Again I was struck by the affection shown between the principals but also by the artists who created the murals. There’s even some colour left here and there. I like their version of the afterlife – complete in every way. 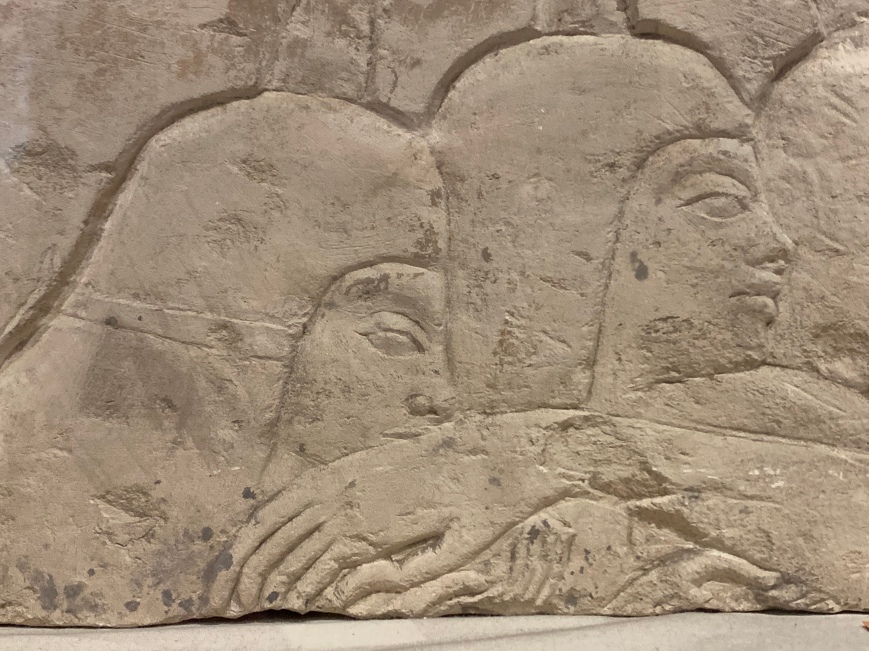 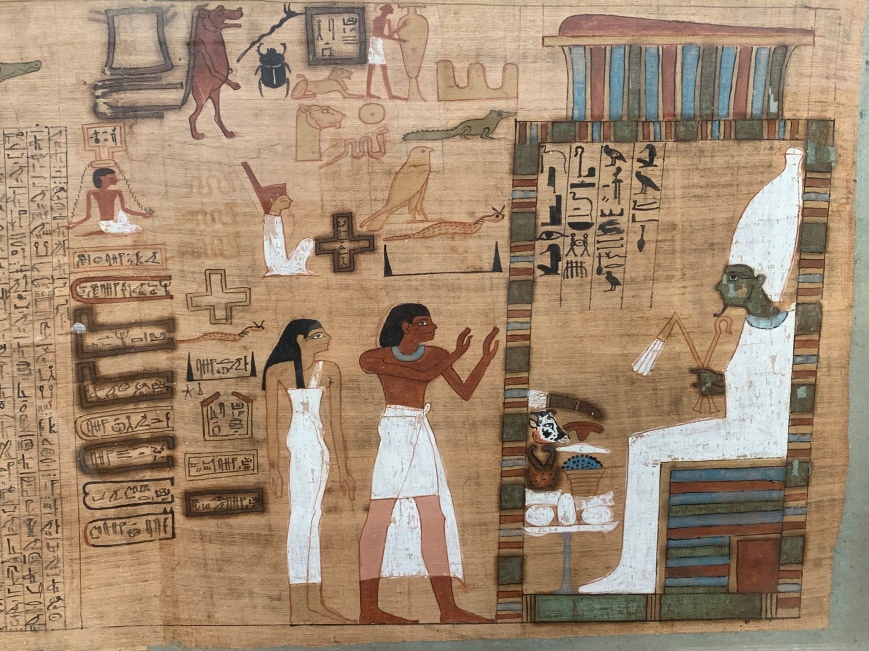 Back to the Cairo Museum the next morning to see the Tutankhamen exhibit and the sarcophagi. Huge crowds of course and the usual stupid and rude ones. It never fails to amaze me how badly behaved and plain disrespectful people can be! Anyway – you know that’s a soapbox I can easily get up on so I won’t go on and on again today. 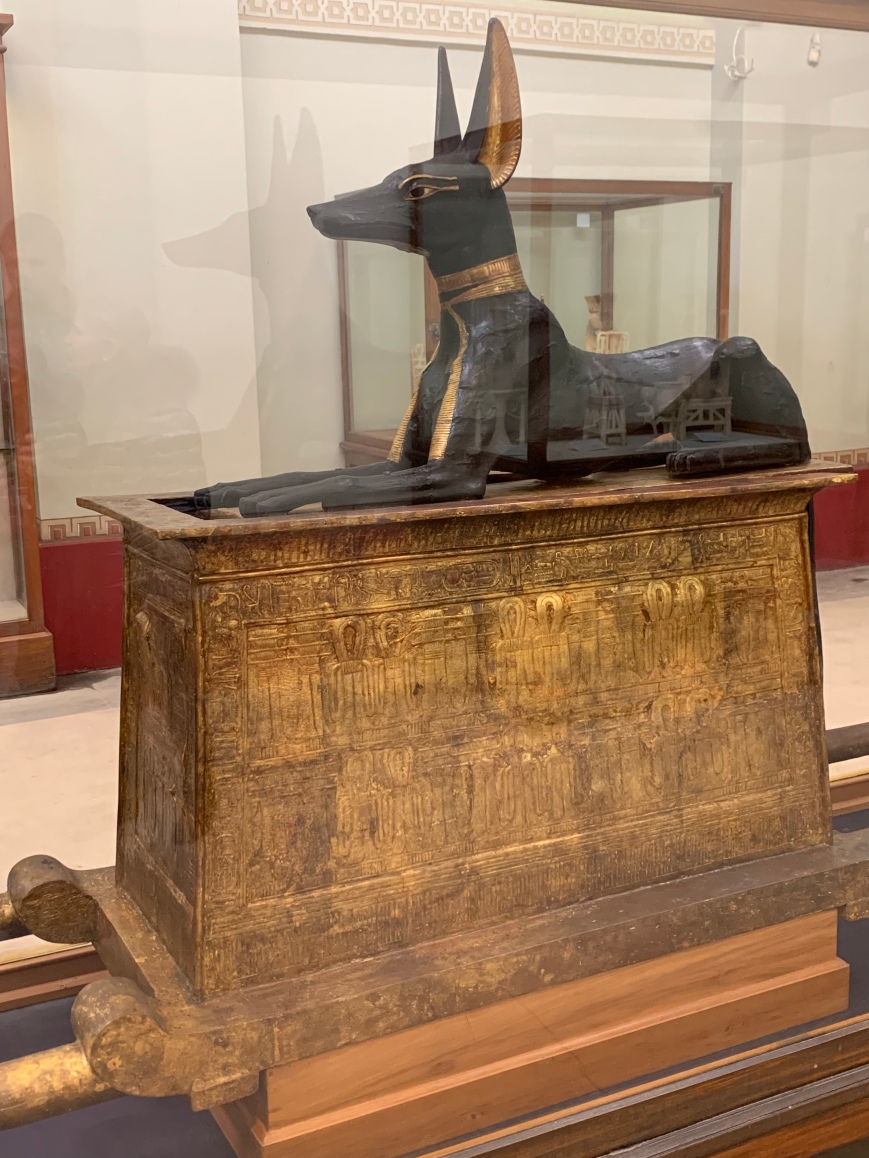 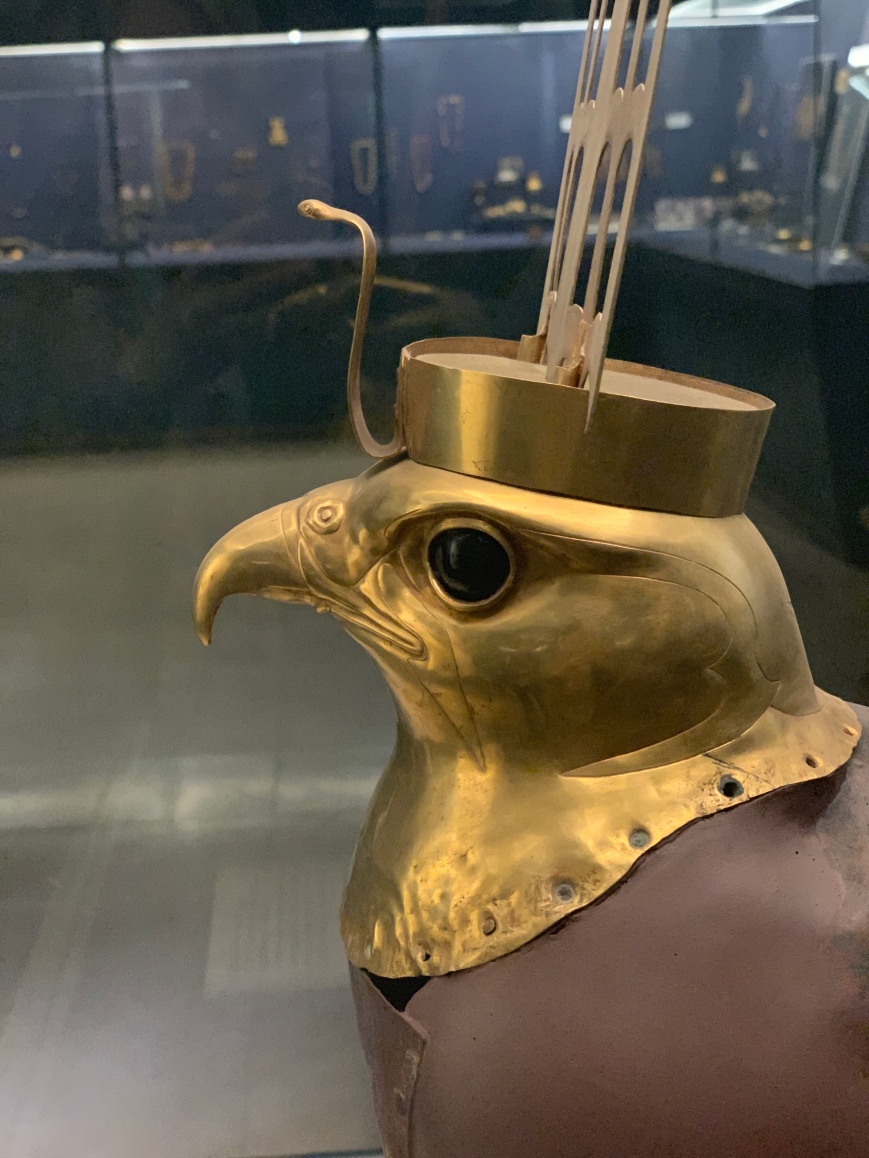 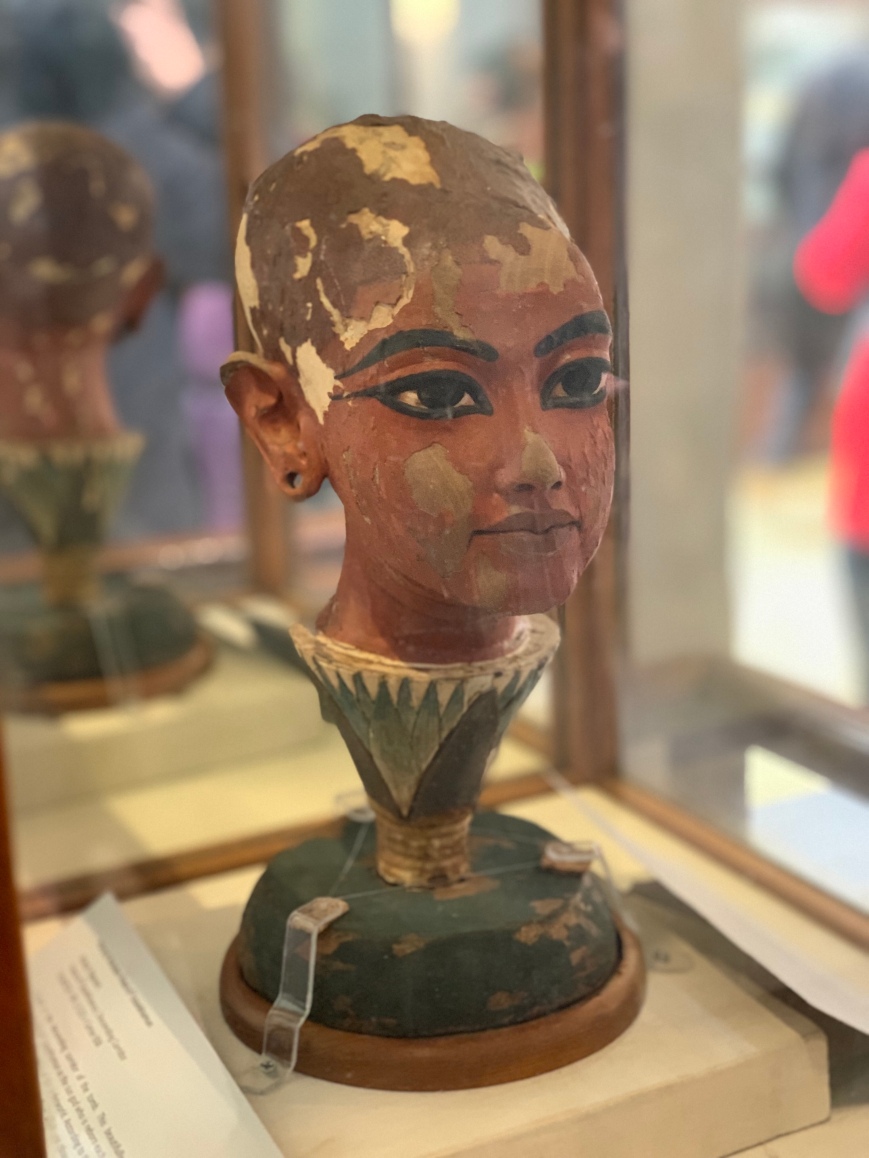 The moment that stayed with me was watching museum staff carefully remove the tiny mummified and gilded body of a baby boy – presumably for transfer to the new museum. I couldn’t bear to disturb the process with a photo – even though I’m sure he’s been snapped a million times before – it felt disrespectful somehow. 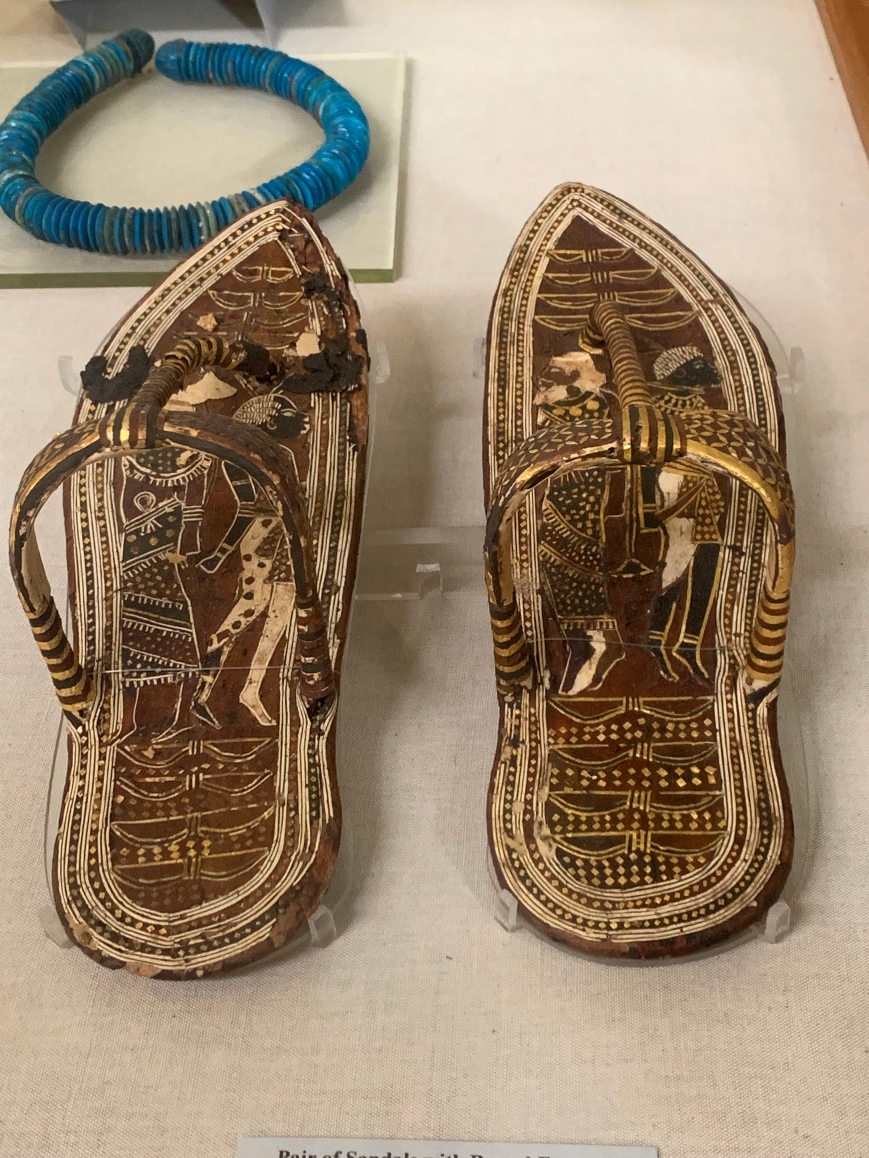 The newest theory on Tutankhamen’s death is not that he was murdered but that he succumbed to malaria at age 17. If this tomb was a “rushed” job I can only imagine what wonders would have been in for example, Seti’s had it not been ransacked and stolen. 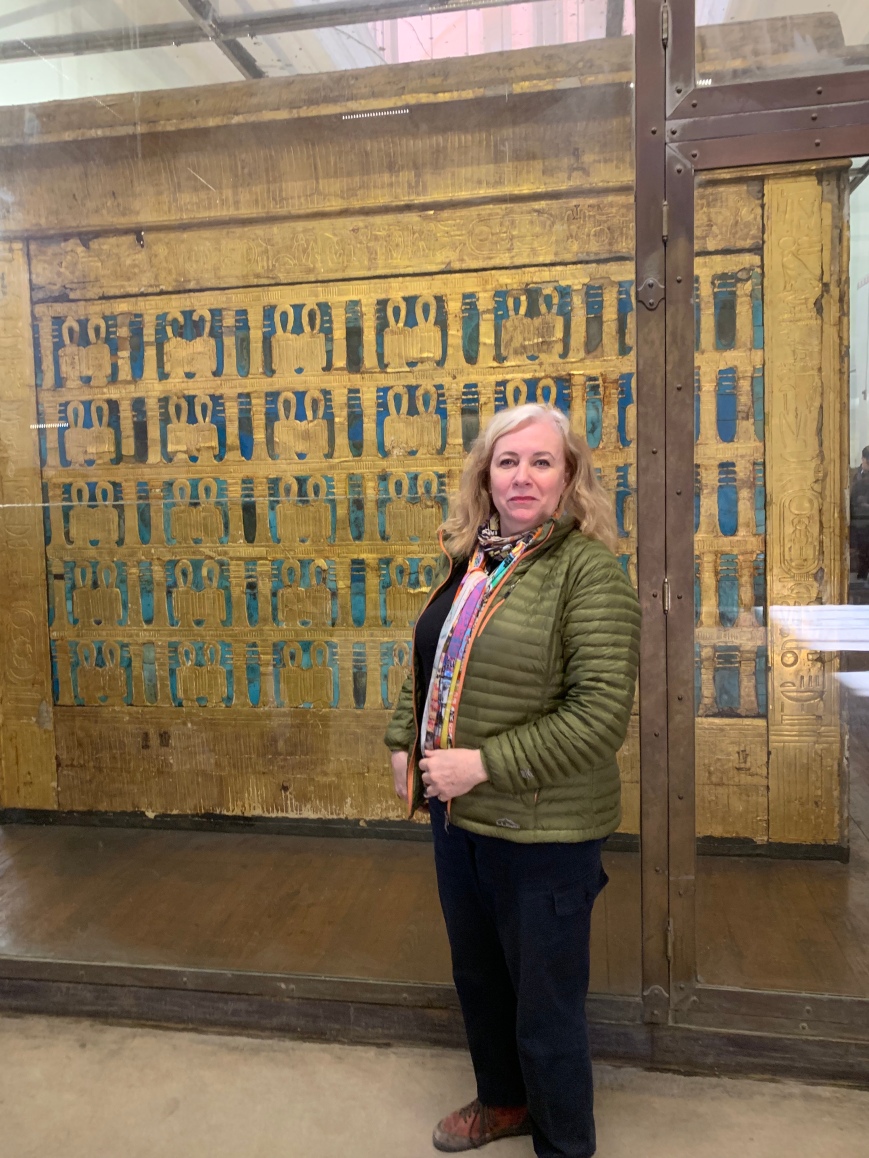 4 thoughts on “Giza and Saqqara”